GAAP collaborators include researchers, community artists, youth sexual health educators, and students. Read below for information on our terrific team. 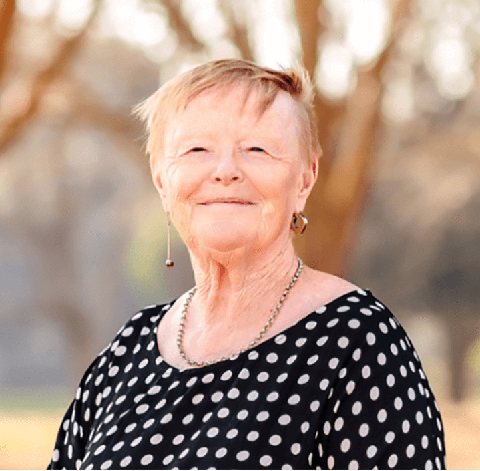 Claudia Mitchell is a James McGill Professor in the Department of Integrated studies with the Faculty of Education at McGill University, and an Honorary Professor in the School of Education at the University of KwaZulu-Natal in Durban, South Africa, where she established the Centre for Visual Methodologies for Social Change. In September 2015, Dr. Mitchell was recognized as a Fellow of the Royal Society of Canada. She is currently the Director of the Institute of Human Development and Well-Being in the Faculty of Education of McGill University. Her research interests span work in schools with teachers and young people, particularly in the context of gender, HIV, and AIDS; studies in Higher Education of mainstreaming issues of gender, HIV, and AIDS in South Africa and Ethiopia; girlhood studies, in particular work related to gender-based violence; and participatory visual methodologies and community-based research in health education, housing, and agriculture.

Ciann Wilson, Assistant Professor in Community Psychology at Wilfrid Laurier University. Ciann is of Afro-, Indo- and Euro- Jamaican ancestry. She has over a decade of experience working within African, Caribbean, and Black communities across the greater Toronto area first as a youth programmer and now as a health researcher.  Her research interests build off her community-engaged work to include critical race theory, anti-/de-colonial theory, African diasporic and Indigenous community health, HIV/AIDS, sexual and reproductive wellbeing, and community-based research. Her body of work aims to utilize research as an avenue for sharing the stories and realities of African diasporic, Indigenous, and racialized peoples and improving the health and wellbeing of these communities. Ciann has been instrumental in establishing a community-based research hub in Waterloo Region, which will feature a media lab equipped with media technology to conduct, analyze, and share arts and digital media-based research. Ciann’s work is funded by Social Sciences and Humanities Research Council of Canada (SSHRC), Canadian Institutes of Health Research (CIHR), Canadian Innovation Fund, and the Ontario Research Fund, to name a few funding sources.

Katie MacEntee is a Post Doctoral Fellow at the Dalla Lana School of Public Health at the University of Toronto. Her research explores the use of participatory visual methodologies to address HIV and AIDS and gender-based violence. Between 2017-2018, Katie was a Social Science Research Council of Canada (SSHRC) Post Doctoral Fellow at York University. In 2016, she defended her Doctoral Research at McGill University. Her current research includes a study funded by the Canadian Foundation for AIDS Research, Celling Sex, investigating young women in Toronto’s experiences of transactional sex through cellphilms (participant produced videos using cellphones). As part of the SSHRC Insight Development Grant, Enacting Sex Education, she is interviewing Ontario teachers on sexual health education before and after curricular reforms. Katie has experience facilitating digital storytelling, photovoice, collage, documentary, and cellphilm method with Indigenous, rural, and urban communities in Canada, South Africa, Ethiopia, and Austria, as well as various diverse groups attending workshops, symposiums, and international conferences. Katie is a leader in the development of cellphilm method. In 2016, she published the edited book, What’s a Cellphilm? Integrating mobile technology into research and activism (Sense Publishers).

Sarah Flicker is an Associate Professor and Associate Dean Students, Teaching and Learning in the Faculty of Environmental Studies at York University.  She is engaged in an exciting program of research that focuses on the engagement of youth and other actors in environmental, sexual, and reproductive justice. More broadly, she is interested in community-based participatory methodologies and is active on a variety of research teams that focus on adolescent sexual health and responding to gender-based violence in Canada and South Africa. Recently, she has published in the areas of health promotion, sexuality, ethics, decolonizing methodologies, participatory visual methods, and community-based participatory research methods. Her research has informed policy at the municipal, provincial, and federal levels. Sarah and her teams have won a number of prestigious awards for youth engagement in health research. Sarah is a straight, white, middle class, able-bodied, Jewish, cisgender female, of immigrant/settler descent who tries to understand the pervasive effects of privilege, and her roles and responsibilities as a treaty person.  She is an inaugural member of the Royal Society of Canada’s College of New Scholars, Artists, and Scientists.

Nakia Lee-Foon Nakia is a Ph.D. candidate in the Social and Behavioural Health Sciences division of the Dalla Lana School of Public Health at the University of Toronto. Her award-winning research focuses on exploring the sexual health literacy of young, self-identified Black-African, Caribbean and Canadian gay, bisexual, queer, non-hetero+ youth in Toronto, Ontario. Nakia completed her Master of Health Sciences with specialization in Community Health from the University of Ontario Institute of Technology. Her master’s thesis explored the state of Black-Canadian parent-youth sexual health communication in Toronto. Nakia has experience teaching in the community as well as at the undergraduate and graduate levels at several Ontario universities. 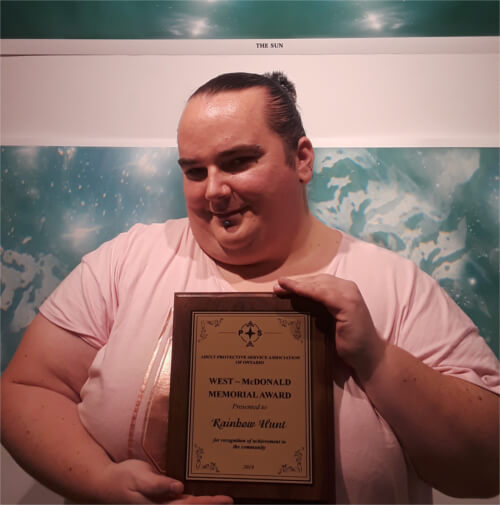 Rainbow Hunt is a transgender woman, born and raised in Scarborough, who is labelled with an intellectual disability. A community activist and artist, Rainbow is the Project Director and founder of Rainbow’s Pride In Scarborough (RPIS), an organization that works closely with LGBTQ+ youth with disabilities from diverse communities across Scarborough. RPIS provides a space for the youth to build community, friendships, and a strong voice to fight for their rights. The annual RPIS event includes activities, information on service and employment opportunities and support for youth who feel isolated. Rainbow also fights for disability rights around parenting.

Tumaini Lyaruu is living, loving, and creating as an uninvited guest in Tkaronto on the territories of the dish with one spoon wampum. Tumaini has supported GAAP initiatives through the Empower Project, as the Community Engaged Learning placement GAAP Coordinator, as a presenter and exhibiter at the GAAP youth sexual health symposium and supported GAAP research and publications. Through Tuly Maimouna, a multidisciplinary community arts practice, Tumaini uses crafting as storytelling to make meaning of personal and shared experiences while learning the technical skills of artistic practice. For the past seven years as a community artist, Tumaini has facilitated arts-based sexual health/HIV workshops, digital storytelling, developed arts education curriculum, and supported arts programing in community and school-based settings. Additionally, Tumaini is a student midwife hoping to support compassionate, skilled and quality care with rural families and people living with HIV.

Talia Lerner studies anthropology and sociology at the University of Toronto. She was the secretary of the Gay-Straight Alliance in her high school and taught non-normative sexual health to its members. She also mentored younger LGBT students regarding family and peer issues. She organized GAAP’s Youth World AIDS Day 2018 event which partnered with the Sexual Education Centre at the University of Toronto, PEAK at Planned Parenthood, and SExT to teach students about safe sex in a fun and inclusive way. Talia was the undergraduate service learning student placement with GAAP from 2018-2019.

June Larkin received her PhD from the University of Toronto in 1993, and she joined New College as a Lecturer in Equity Studies and Women Studies in 2001. Her research is in the area of youth, sexual health and HIV/AIDS. She has published in, among others, The Canadian Journal of Public Health, The International Journal of Indigenous Health, Gender and Education, and The Journal of Sex Education. Her contributions to teaching and research have been acknowledged by numerous awards over the past decade, including a 3M National Teaching Fellowship in 2013, a President’s Teaching Award in 2011, and the City of Toronto Constance E. Hamilton Award on the Status of Women in 2007. Dr. Larkin was included in the list of Popular Profs at UofT in the annual MacLean’s Guide to Canadian Universities & Colleges from 2001 to 2005. 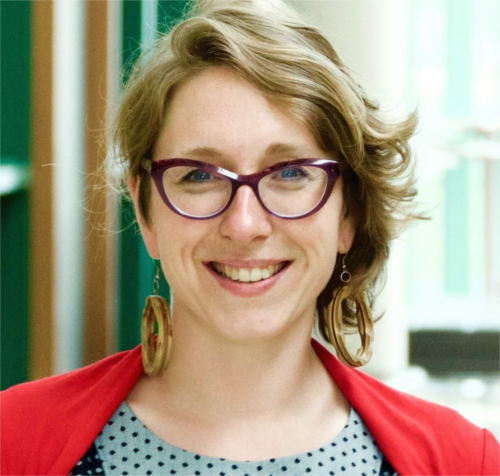 Sarah Switzer is a local community educator/artist, and community-based participatory researcher living in Tkaronto. She began her work with GAAP as an undergraduate student in equity studies. She has over a decade of experience working in HIV, harm reduction, and sexual health with a specific focus on arts and health equity.  Her larger program of research focuses on exploring creative ways to meaningfully engage communities in program and policy change. Equity, collaboration, and accessibility are cornerstones of this work.  From 2010-2014, Sarah founded and coordinated Empower, a youth-led HIV program at Queen West Community Health Centre that uses the arts to train youth to become peer educators in their own communities. Sarah has worked on a variety of interdisciplinary research teams with a focus on community-based participatory research; critical youth studies; engagement; HIV; harm reduction; and participatory visual methods. She recently completed her doctorate at York University in the Faculty of Environmental Studies where she critically explored processes of engagement and participation in the HIV sector, including, but not limited to a youth HIV prevention project.

Shira Taylor is a PhD. Candidate at the Dalla Lana School of Public Health at U of T (BSc. Psychology & MSc. Epidemiology, Queen’s University). Shira created SExT: Sex Education by Theatre in 2014 as her dissertation to explore theatre for sex education among newcomer youth in Toronto’s Thorncliffe/ Flemingdon Park communities. SExT has been performed by youth peer educators across the GTA, to rave reviews at Canada’s largest theatre festivals, and nationally in 2018 to over 4000 students in schools and Indigenous Reserves in partnership with the Canadian Foundation for AIDS Research (CANFAR). In Fall 2018, SExT, in partnership with CANFAR, released two music videos on the topics of consent (Bodak Consent) and intimate partner violence (Tunnel Vision). SExT performs at GAAP’s annual World AIDS Day Event (2016-2019) and Youth Sexual Health Research Symposium (2017-Keynote & 2018).  Shira is an Evaluation Consultant and Facilitator with FOXY/SMASH in the Northwest Territories, a CIHR Social Research Centre in HIV Prevention Trainee, Research Coordinator at SickKids on the cross-Canada, Art for Social Change (ASC!) project, and recipient of the TD Michaëlle Jean Bursary for using the arts to address issues of concern in Canada. Check out SExT on Facebook, Instagram, & Twitter @SExTEdShow!